You are invited to join us for a few moments, whenever the spirit moves you, on demand, to a place where you can get centered, get grounded in the chaos of the world in which we live; to remind yourself of your one true priority today:  living in the moment.

Ask yourself : If today was your last day on earth, are you doing what you would want?

We don’t have an “end date” per se, but what if we did?  What would you do differently?

This podcast is that conversation. Your hosts, media and broadcasting personalities, Merri Dee and Andrew Hayes, invite you to join them for a private, personal conversation between friends. As this series unfolds, you will enjoy convos with their friends and other special guests, too!

Merri Dee was a miracle away from losing her life many years ago.

She rose to fame in Chicago just after a very tumultuous time, the 68′ riots, assassinations of MLK, Robert Kennedy, Marquette Park Nazi protest and riots, and so on.

At a time when the media and broadcast world was all white men, she worked her way in to become the first woman of color as a solo news anchor on Ch. 9, WGN Television News; she is also the first woman to have had her own namesake television talk show.

One night, after taping “The Merri Dee Show” she was sitting in the tv station parking lot when a gun tapped on her car window. Within seconds the gun- toting perpetrator demanded, and forced, his way into the car, and her life was forever changed.

In that moment, she and her companion were kidnapped, taken to a desolate forest preserve 20 miles outside of Chicago, forced out of the car, robbed, and both shot twice in the head.  Merri was the only survivor.  All this by a stalker, someone who tormented her before, and after, this event.

Her story is too dramatic to share it all here.  It was told nationally by 60 Minutes, Phil Donahue and Oprah, and covered as an ongoing news story on TV stations throughout the world.

She survived by the Grace of God and today her story is a popular keynote presentation and the subject of her memoir, Life Lessons of Faith, Forgiveness & Grace.

Merri  has raised tens of millions for United Negro College Fund, Easter Seals and many other important non-profits healing children with special needs, orphans, and victims (or survivors as Merri refers) of violence throughout the world.  She started her own nonprofit “Athletes Against Drugs” with notable professional sports figures and has helped hundreds of other nonprofits positively impact thousands.

Andrew Hayes is a well known publicist and media personality in Chicago.  He has been intrigued by dying, that is, “the cultural rituals” and the common fear of talking about it” from an early age.  He lives his life, every day, in the thought, “if today is my last day on this planet, am I doing what I would want.”

Andrew’s claim to fame began when he had his own boutique PR firm, representing many celebrities and news personalities.  He represented recording legend David Crosby, MTV Real World Chicago, and many other notable celebrities visiting Chicago on press junkets and promotional appearances. He went on to lead the PR/community for a national daily talkshow airing on NBC Television stations around the country, and later at Spanish-news station, Telemundo Chicago.

He is a passionate advocate for LGBTQ rights, adoption, and dog rescue.  And now, today, through this podcast and blog, he’s driven to help de-stigmatize the morbidity and the unease many of us have when talking about dying, turning it into an empowering conversation, and a point of reference to help you live your best life.

Broadcast Legend, Best-Selling Author, and News Anchor Pioneer.  Visit her website:  MerriDee.com where you can read about her life, buy her book, and sign up for exclusive invites and updates.  Speaking of her memoir, this best-selling book is available here:

“Many cultures celebrate dying as a right of passage.  I first considered the idea of dying when I was a teen and first heard of horse-drawn carriage funerals marching down the streets of NOLA. I immediately wanted that type of service for myself; that led me to gospel music and now I want a NOLA funeral and a gospel choir at my sunset service. 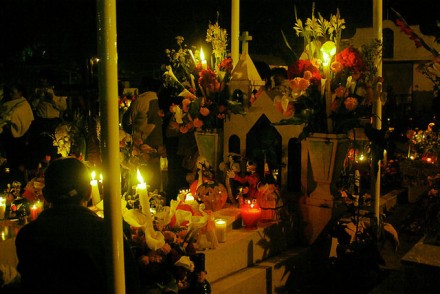 When I first discovered this ritual, I was working at Telemundo.  I was so drawn to it. At the time, as it so happens, I was blessed when a friend offered to create a memorial for my mom, who had passed one year before.  That memorial was incredibly helpful for me in my grief.  I believed it helped me move past my feelings of loss and turn the corner to celebrate/honor her life. Dia de los muertos was so touching for me, I even convinced TV station execs and news tae to do a live 10 pm newscast from a restaurant in that had a great dia de los muertos display.”  (In the beautiful patio of my dear friend Marlene Benz’ Frida’s restaurant in the Andersonville neighborhood of Chicago.